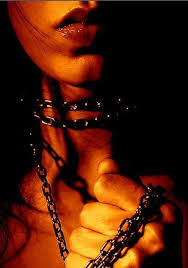 I am (now) a feminist.
In the last couple of months I have been reading a lot about the lived experiences of women, what it means to be female in patriarchal societies, and the injustices, major and minor, that women suffer every day simply because they are women.

I am a woman.
This process of enlightenment that I've been going through has already made me more aware of what that really means, and it is shocking to me how things that I considered normal, things that I would not feel more than a flicker of irritation over, things that I would brush off and move on from, are actually symptoms of a system-wide misogyny that is being perpetrated everyday in our society.

Not only had I internalized this misogyny, in some cases I condoned it, was amused by it, contributed to it. But now I am learning about these things, and it deeply concerns me when I see other women who are still the way I used to be, because I have no idea how to get them to see what they are doing. I never saw it when I did it myself. Even in my blog post about the Walter/Fatoyimbo scandal, I failed to address the issue of abuse of power, because I really didn't think it was as important as the message I wanted to get across.

Now I say that I am a feminist, that it would be impossible for me not to be. I want to fight to eradicate the things that women suffer because we live in a society that tells men it is okay to harass, abuse, dehumanize and sexualize us, for them to feel entitled to our bodies and personhood, and even to kill us.
But what about when it is other women who act and think like all or some of those things are okay?

My older sister is one of those women.
Last night we were talking about one of our cousins who now lives abroad. He was in his fourth year of university when she started at Ife, and we shared fond memories of him. One of the stories that she shared was how he used to drive around campus with his male friends, shouting sexual comments at girls and 'complimenting' their backsides, and how any girl who showed disgust or disinterest was promptly labelled a 'skelewi', the colloquial term for 'slut'.
She was laughing as she told me this story. I didn't even know where to begin, so I didn't say anything.

Oma's mother is one of those women.
Oma's story, written as a ten-part series (start reading here), is heartbreaking. Her mother said to her that she would rather let her die at the hands of her abusive husband than watch her disgrace the family by leaving him.

Mrs. D.O. is one of those women.
A close family member's boss (a woman who is herself a mother of three) is putting her through severe abuse and discrimination in an attempt to force her to quit, just so she won't have to grant her the 12 weeks of paid maternity leave that she is due.

Mrs. P and Omobolanle et al are some of those women.
This blog post about a rape victim's trauma has some surprising comments left by women, some of whom are rape survivors themselves. This post on the same blog has some incredible victim-blaming mental gymnastics going on, with many female commenters saying the victim was going to have sex with her rapist anyway, a 'fact' which therefore nullified the crime of the rape. Never mind that there is no indication whatsoever in this girl's case that she was remotely sexually interested in her rapist; he was someone who offered her a job.

It is a huge, intimidating task, attempting to find solutions and empowering alternatives to the systemic abuse that women suffer in Nigeria at the hands of men. But I have no idea how we will ever get to this utopia of equal, respectful, empowering treatment of women if we ourselves have the misogyny so deeply ingrained in us that we don't even realise it when we are kicking another woman who is down, or when we are putting her down ourselves.

I just became a feminist, and I already feel defeated.

Further reading:
Male entitlement in Nigeria
Are you a feminist?
Rape culture
Everyday Sexism
Posted by Unknown at 07:03 3 comments: